School is back, and I’d be lying if I said that I wasn’t the slightest bit stressed. I mean realistically, who wouldn’t be? We were finally awarded the long-awaited break that a majority of us had been rooting for ever since we stepped foot in the place, and now it’s been taken away from us – once again.

Enough said, how about another mini-break? How about some… alone time?

The inevitable… Netflix. Just the thought of being wrapped up and utterly consumed by my blankets, whilst my tablet screen lights up my face, makes me want to dive straight into bed and forget about the homework that I should’ve done hours ago – but hey, who’s counting?

Riverdale has been a must-watch this year for me and has left me constantly on edge, waiting for the next episode. Something is always happening, whether it be a huge-shocker reveal, some shady secrets being hidden away or a cute lil’ scene with Betty and Jughead, or Archie and Veronica.

I also REALLY want to watch Stranger Things, especially after watching Finn Wolfhard who plays Mike on the show, appear in the currently most talked about movie, IT. I found him hilarious in the movie, so I definitely want to watch him on the show.

Ugh, I confess. I’m a bookworm. I haven’t been able to read as much as I would’ve liked to this year, but I’m glad to be slowly worming my way back into my old habits.

A little while back, I started reading a book called Faceless by Alyssa Sheinmel, and I was unable to then stop once I was fully hooked. I’ve finished now (unfortunately) but I can’t even begin to explain how GOOD the book was!

Without giving away too many details, Faceless tells the story of a girl called Maisie who is burnt during an unexpected accident. Her face is partially destroyed during the process, and she finds it difficult to come to terms with what remains underneath the bandages. Maisie is fortunate enough to be able to receive a face transplant, but of course it isn’t the same. Her life changes almost completely, and it was emotional to read as she journey’s on through the chapters as a new version of her older self – ‘Maisie 2.0’ as she refers herself to.

I loved that the book was a lot different compared to over books that I have read, and that it wasn’t clichè – so I would definitely recommend it!

Lastly, are you really taking a break if you’re not taking care of yourself?

Surely I’m not the only one who enjoys taking long bubble baths as my Spotify playlist plays in the background. Throw a nice candle in the mix too, and you’re pretty much set up. Also, skin-care has been a main priority of mine lately and I have definitely noticed some changes when it comes to brightness, texture and clearness – so issa routine.

I’m thinking of doing some skin-care posts in the future and talking about some products that I have/ haven’t liked, and some tips that I have when it comes to your skin – just to help a few of you’s out there!

Follow NELLÉ on WordPress.com
🦋...
Jeans are an enemy at this point 🦋 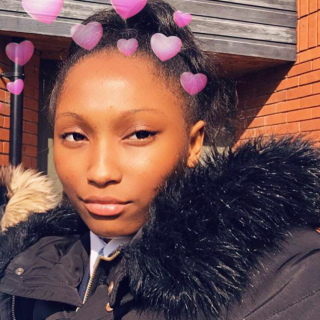